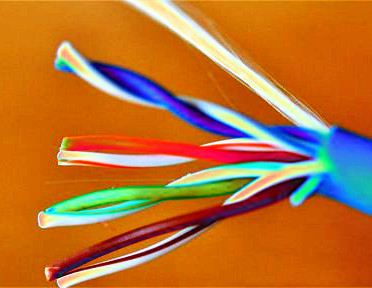 The ACCC’s response to NBN Co’s broadband pricing model could open the door to broad reform.

The competition regulator this week published NBN Co’s plan for price increases of CPI plus 3 per cent for its 100Mbps plans and above in a special access undertaking (SAU) it lodged with the ACCC.

The SAU governs how much NBN Co can charge retail phone and internet companies like Optus, Telstra and TPG Telecom.

In its proposal, NBN Co claimed that prices need to be increased due to “increasing competition from 4G, 5G, fixed wireless network and low-earth orbit satellite operators in those markets in which residential services are supplied”.

The company has proposed significant changes to product and pricing commitments, but also seeks to incorporate fibre-to-the-node and other copper-based technologies in the SAU, to create a single regulatory framework that covers all network technologies.

The ACCC has criticised NBN Co’s request, arguing it would double the cost of entry-tier internet plans in the next decade and trigger perpetual price rises until 2040.

The SAU was released this week and met with universal disapproval by retail service providers, leading some major retail broadband providers - Aussie Broadband, Optus, TPG Telecom, Telstra and Vocus - to immediately write to the ACCC.

“Should NBN Co’s proposed changes be accepted, there is a real risk that this infrastructure will become even more underutilised, causing harm to consumers, the market and the economy,” the RSPs said in a letter to the ACCC, which was obtained by Nine media outlets.

“NBN Co’s wholesale prices will rise and increase every year thereafter at a rate higher than inflation, thereby worsening household cost of living pressures and making NBN high-speed broadband unaffordable for many Australians.

“The proposed changes would not deliver the stable regulatory regime developed in the ACCC industry workshops, which aimed to give RSPs the predictability needed to support independent RSP investment decisions.

“There have been many decisions in the past that have given rise to NBN Co’s inefficiently high cost, leading to NBN Co prioritising returns to its shareholders over outcomes to end users. NBN Co’s proposed changes continues its disregard to the legitimate needs of end users and RSPs.”

After almost a year of consultations between NBN Co, RSPs and the ACCC, NBN Co leadership led by chief executive Stephen Rue had come to believe that its new pricing plan was in line with what the competition regulator wanted.

But the ACCC’s response could open the door for incoming Communications Minister Michelle Rowland to reset the economics of the government-owned National Broadband Network.

Insiders suggest she will be looking at options including writing down a portion of the $38 billion in sunk costs of the NBN held in the initial cost recovery account.

She could also extend the recovery period for these sunk costs from 2040 to some later date, or delay the proposed wholesale price increases.

“Our proposed SAU variation responds to RSP calls for changes to our price construct, and the need for greater regulatory and price predictability,” it says.

“We look forward to an ongoing discussion, as part of this consultation process, with the ACCC and the industry.”