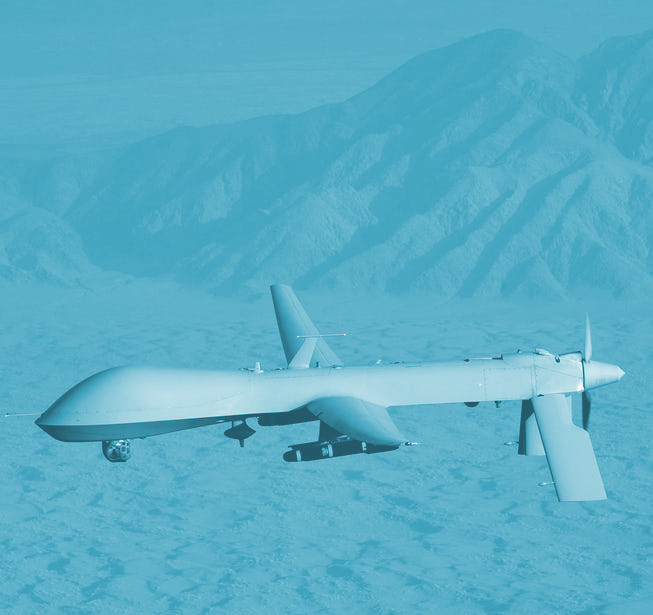 Army combat units could soon be accompanied by killer robots.

A massive technological transformation is underway in the Australian Army, which will see every combat unit operating unmanned aerial systems.

For the first time, the Army is publicly discussing whether the technology should be fitted with weapons.

“In a modern, evolving, dangerous battlespace where weaponised drones are being used against us, we are exploring those concepts,” says Lieutenant Colonel Keirin Joyce, the Army's head of Unmanned Aerial Systems.

“The first UAV (Unmanned Aerial Vehicle) would deliver the explosive and the second would follow closely to film the attack for ISIS propaganda purposes,” an unnamed officer told reporters.

“We're working tightly with industry, academia, Defence Science and Technology Group and our Coalition partners to define what those requirements are and define plans for how we might bring those into service but as yet we don't have a program or project for weaponised drones,” he said.

“Instead of sending a soldier down into an intersection or into a creekline, or over a hill for that first look, we don't have to do that anymore,” he said.

“With the range of capabilities that we've got we simply fly our set of robot eyes to go have a look first, so we remove those soldiers from harm.”

“One of the interesting ethical issues that comes up in the use of drones is the moral injury to the pilots,” Dr Henschke told reporters.

“In the past few years there's been some interesting statistics coming out that the pilots of the drones even if, and sometimes especially if they're located in other countries or at home, they can suffer psychological trauma.”