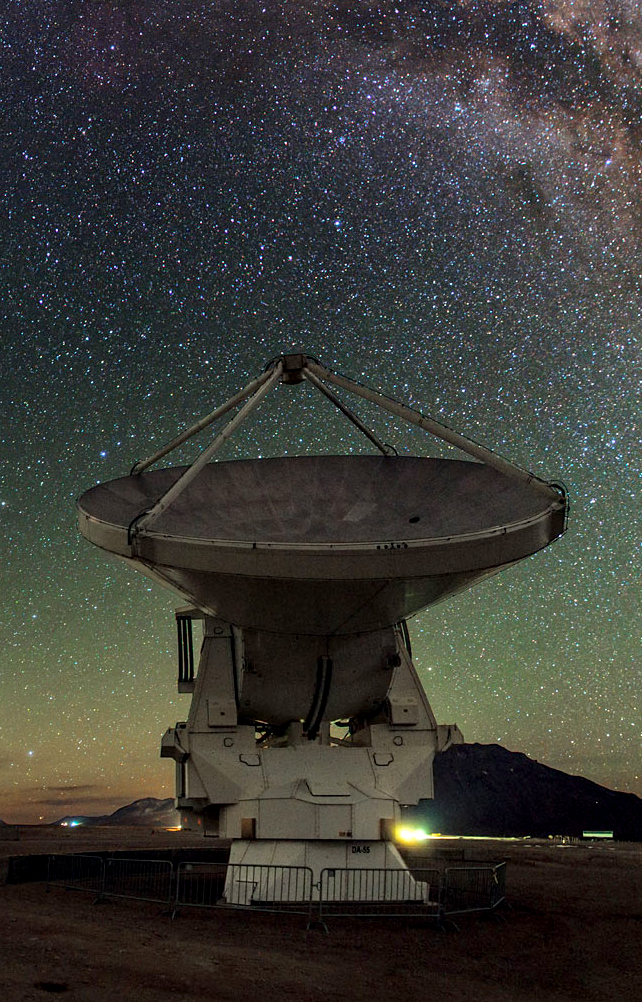 Astronomers have detected complex organic molecules - the building blocks of life - orbiting in a disc around a young star.

The discovery shows that the chemicals from which life on Earth emerged are not unique to our planet, or solar system.

In fact, there is enough methyl cyanide around MWC 480 to fill all of Earth’s oceans.

Both this molecule, and its simpler cousin hydrogen cyanide (HCN), were found in the cold outer reaches of the star’s newly formed disc, in a region that astronomers say is similar to the Kuiper Belt - the string of icy comets in our own solar system, just beyond Neptune.

Comets and asteroids from the Kuiper Belt are thought to have seeded the young Earth with water and organic molecules, helping set the stage for the development of primordial life.

The star MWC 480, which is about twice the mass of the Sun, is located 455 light-years away in the Taurus star-forming region.

It is very young, having recently coalesced out of a cold, dark nebula of dust and gas. The new solar system does not yet show any obvious signs of planet formation in it, although researchers say higher resolution observations may find something.

Astronomers know that cold, dark interstellar clouds are very efficient factories for complex organic molecules, including a group of molecules known as cyanides. Cyanides, and most especially methyl cyanide, are important because they contain carbon–nitrogen bonds, which are essential for the formation of amino acids, the foundation of proteins and the building blocks of life.

But the scientific world did not know if these same complex organic molecules could form and survive in the energetic environment of a newly forming solar system, where shocks and radiation can easily break chemical bonds.

The new study suggests that not only can these molecules survive; they flourish.

The molecules ALMA detected are much more abundant than would be found in interstellar clouds, which suggests that protoplanetary discs are very efficient at forming complex organic molecules, and can do it quite quickly.

As the young system grows, astronomers speculate that the organic molecules locked away in comets and other icy bodies will find themselves in new environments more amenable to life.