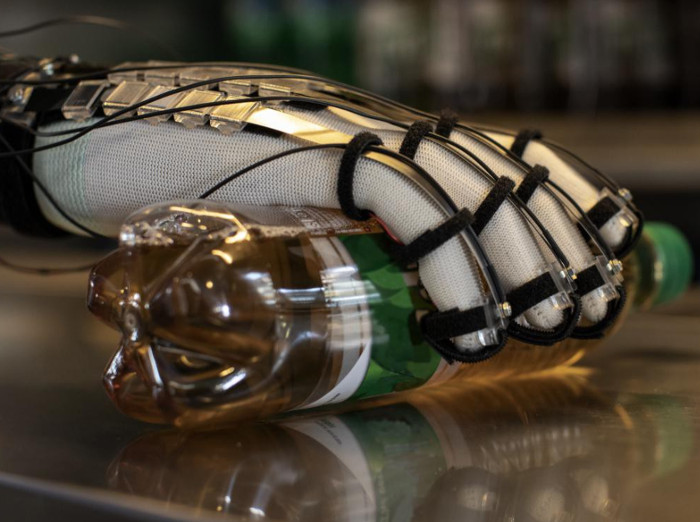 Australian researchers are working on the ability to experience touch over the internet.

Local expert Dr Zhanwei Hou is making great strides in the field of ‘Tactile Internet’, developing a low-latency communication method – one which would reduce communication delays – that includes digital touch.

“My collaborators and I are developing a low-latency communication technology which we hope will get us closer to developing a method to allow geographically separated families to ‘touch’ over the internet,” says Dr Hou.

The idea is for a user to wear a highly sensitive glove, stylus or other type of tactile device, which can render the sense of touch and transfer that sensation to the user.

At the other end, an actuator device, such as a robotic avatar, would mimic the movement of the human operator and collect the touch feedback using tactile sensors.

“Tactile Internet could also have more promising applications, such as helping consumers feel a fabric when online shopping, conducting emergency repairs on factory automation, diagnosing a medical condition for a remote patient or even conducting repairs on space infrastructure from the earth,” said Dr Hou.

Transmitting sensations of touch from one location to another requires ultra-low latency and ultra-high reliability. Latency, in computing, electrical and information engineering, is the delay between a user's action and the time it takes to be transmitted or reproduced.

“The current internet mainly supports the transmission of visual and audio media. For Tactile Internet to work, we need to reduce latency and increase precision so that there is no perceptible lag,” said Dr Hou.

“Tactile communication and touch applications will be at the heart of 6G technology and ‘industry 5.0’ – which are based on next-generation technologies aimed to improve interactions and collaboration between humankind and machines.

“Although 5G technology provides ultra-reliable low-latency communication for radio access networks, for long-distance communication of Tactile Internet, the major bottleneck is the speed of light which is known as the “upper limit for speed”, meaning nothing can travel faster than light.

In October 2020, Dr Hou and his wife became parents for the first time to a little boy, however because Dr Hou’s parents live in China, strict border restrictions have meant they have not yet been able to meet their grandson in person.

“While we hope my parents will be able to meet their grandson soon, in the future we hope our research can contribute to a viable Tactile Internet that would allow families to hug and colleagues to shake hands while geographically separated,” he said.