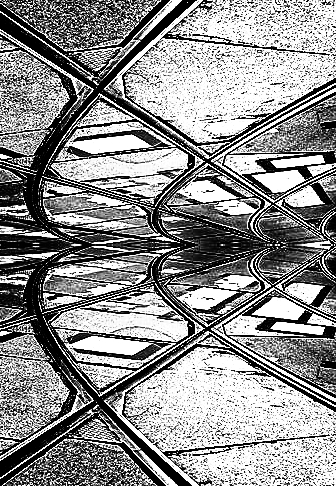 VicRoads is using mathematical modelling to figure out how changes like traffic light frequency and clearway times affect traffic flows.

University of Melbourne researchers Professor Jan De Gier and Dr Tim Garoni have been working with the department for several years, applying the principles of mathematical physics and statistical mechanics to enhance transport systems.

One idea they have investigated is to give trams “absolute priority” at intersections, so that they sail through without having to stop.

While trams will not be kings of the traffic lights anytime soon, the authorities say priority is increasingly being given to trams as a way to maximise the amount of people moving, not just how many vehicles.

Mathematics is used in similar ways in Germany and Switzerland as a cheap and effective alternative to traditional modelling.

In some ways, mathematical modelling is more informative than real world traffic tests because they are significantly faster and can be run over and over to test minor changes.

Testing the same ideas at real-world intersection would take much longer, potentially interrupt real traffic, be harder to assess due to the natural variations on different days of the week.

For the first time this year, Professor De Gier and his team will apply mathematical modelling to a specific area - Melbourne's inner north.

The work will involve collaboration with the new ARC Centre of Excellence for Mathematical and Statistical Frontiers.

With Australian Bureau of Statistics projections showing Melbourne could be home to 8 million people in fifty years’ time, it seems everyone has a great idea for ‘fixing’ public transport.

One thing they all agree on is that current systems are strained already, and profound change will be needed to move people efficiently in coming decades.