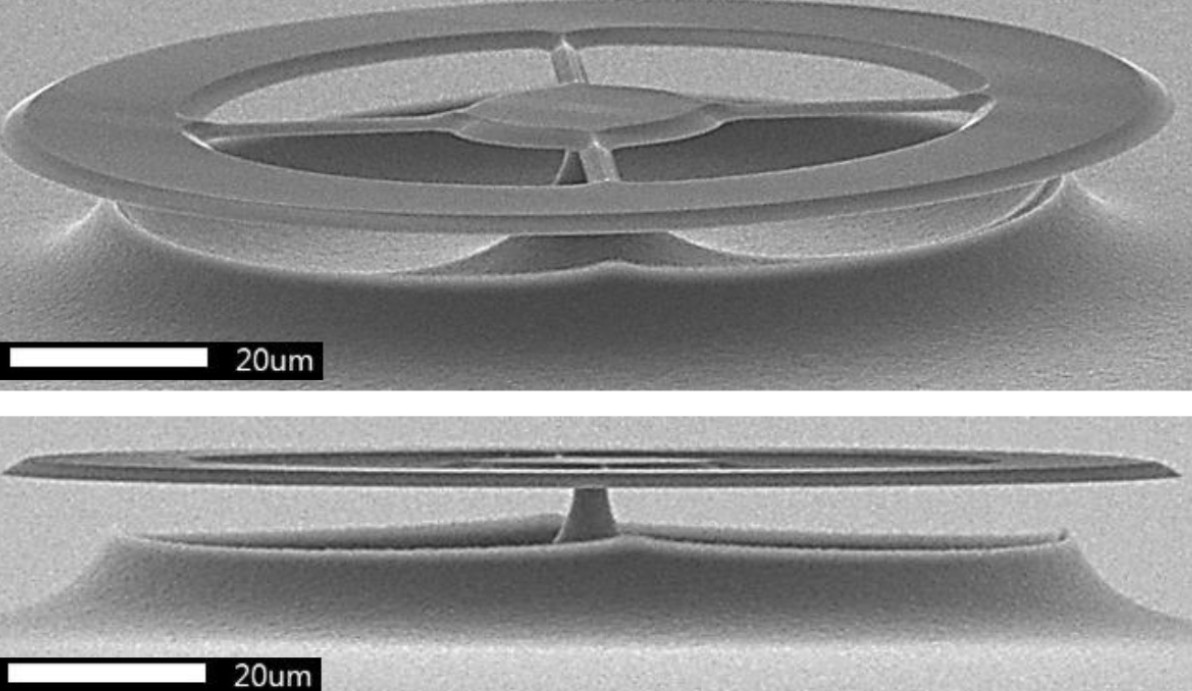 Australian engineers have created a new and extremely sensitive method of measuring ultrasound, which could revolutionise a range of technologies.

Experiments at the University of Queensland have combined modern nanofabrication and nanophotonics techniques to build the first ultraprecise ultrasound sensors on a silicon chip.

Professor Warwick Bowen, from the Australian Centre for Engineered Quantum Systems said that the leap forward may usher in a host of exciting new technologies.

“This is a major step forward, since accurate ultrasound measurement is critical for a range of applications,” he said.

“Ultrasound is currently used for medical ultrasound, often to examine pregnant women, as well as for high resolution biomedical imaging to detect tumours and other anomalies.

“It’s also commonly used for spatial applications, like in the sonar imaging of underwater objects or in the navigation of unmanned aerial vehicles.

“Improving these applications requires smaller higher precision sensors, and with this new technique, that’s exactly what we’ve been able to develop.”

The new ultrasound-sensing technology is so sensitive that, when pushed to its limits, the sound heard is dominated with sounds from random, miniscule forces from surrounding air molecules.

“We’ve developed a near perfect ultrasound detector, hitting the limits of what the technology is actually capable of achieving,” Professor Bowen said.

“We’re now able to measure ultrasound waves that apply tiny forces – comparable to the gravitational force on a virus – and we can do this with sensors smaller than a millimetre across.”

According to lead author Dr Sahar Basiri-Esfahani, the impressive accuracy of the technology may change how we understand biology.

“We’ll soon have the ability to listen to the sound emitted by living bacteria and cells,” she said.

“This is a particularly attractive application, as it could fundamentally improve our understanding of how these small biological systems function,” she said.

“And a deeper understanding of these biological systems may lead to new treatments, so we’re looking forward to seeing what future applications emerge.”