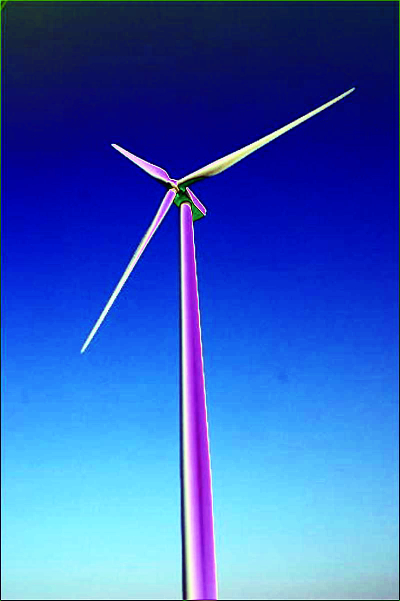 Australian engineers are working on superconductor-powered wind turbines, complete with some mind-blowing improvements.

The local team says the new turbines will be about one-third the price and capture several times more energy than anything else on the market.

The brains at the Institute for Superconducting and Electronic Materials at the University of Wollongong say superconductor-powered wind turbines could cover Australia’s 35,000 km of coastline, to take advantage of some of the best wind resources in the world.

The goal is to improve all parts of current wind turbine design, starting with the most expensive.

Currently, a large part of wind turbines' weight, cost and maintenance requirements are due to the use of a gear box.

“In our design there is no gear box, which right away reduces the size and weight by 40 per cent,” says lead researcher, materials scientist Shahriar Hossain.

“We are developing a magnesium diboride superconducting coil to replace the gear box. This will capture the wind energy and convert it into electricity without any power loss, and will reduce manufacturing and maintenance costs by two thirds.”

Superconducting materials have been causing a lot of buzz in recent years because they generate no electrical resistance, and so can store electricity with zero energy loss.

Also, the current can circulate over and over indefinitely, even if power is turned off.

The university team says it will make its superconducting coil out of magnesium and boron, hoping to keep costs down to just $3-5 million each to build.

“Australia desperately needs sustainable energy sources. Wind is cheap, clean and we can get it on rainy and sunny days,” Hossain said.

“And considering Australia has more than 35,000 km of coastline, there is ample room for offshore wind farms. With industry support, we could install superconducting offshore wind turbines off the coast of Australia in five years, no problem.”

More details are available in the following video: