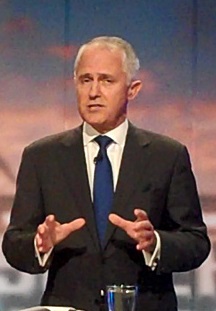 Communications Minister Malcolm Turnbull has been forced to defend a massive cost blow-out on the National Broadband Network.

Turnbull says a government-owned startup was not a good choice for the NBN, after new corporate figures showed the network will run out of government equity funding by 2017.

The business plan says the NBN will now require funding of between $46 billion and $56 billion by 2018, compared to the previous $41 billion estimate.

The NBN will exhaust federal government equity funding of $29.5 billion in the 2017 financial year, at which point it will have to go to the financial markets to try to secure bonds or other debt funding.

Meanwhile, capital expenditure will grow from $3.3 billion to $5.4 billion in 2017 in the same time period.

“This is around $30 billion less than the route the Labor party set its party on. The $30 billion differential is still there,” Turnbull said.

“At the end of 2013, the company's cost accounting systems were so [inadequate] they did not know how much it cost to connect even one premises.

“The reality is that under the previous Labor government, neither the company nor the government knew what it would cost or how long it would take to do the project.”

He downplayed rumours that the network could be split up as a ways to raise additional capital.

“It is an option but my view is the NBN shouldn't be focused on corporate finance, it should focus on getting the job done,” Turnbull said.