Assange suffers amid US bid 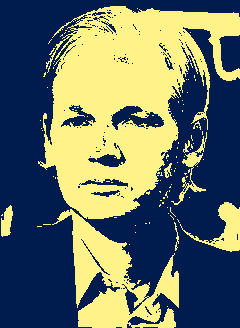 WikiLeaks founder Julian Assange has suffered a ‘mini-stroke’ while facing extradition to the US.

A decision from the British government will soon reveal if the US can proceed with plans for extradition.

Meanwhile Mr Assange’s family say he has been left with a drooping right eyelid, memory problems and signs of neurological damage following a “transient ischaemic attack” (a warning sign of a full stroke) in Britain’s Belmarsh Prison.

It came just days after the UK High Court overturned a judgment that had prevented his extradition to the US to face charges under the US Espionage Act.

His lawyers had successfully that the condition he faces in the US could lead to a serious risk of suicide. But the High Court reversed this ruling after the US government offered assurances about his potential imprisonment.

“This is a travesty of justice,” says Amnesty International’s Europe Director Nils Muižnieks.

“By allowing this appeal, the High Court has chosen to accept the deeply flawed diplomatic assurances given by the US that Assange would not be held in solitary confinement in a maximum security prison.

“The fact that the US has reserved the right to change its mind at any time means that these assurances are not worth the paper they are written on.”

Born in Townsville, North Queensland, Mr Assange is Australian. However, the Australian Government has done nothing to aid or protect him in his plight.

Governments including Australia’s have condemned the recklessness of Wikileaks releasing identifying details in confidential diplomatic cables that could put operatives around the world at risk.

However, there was undeniable public interest in the leaks, which included details of the Baghdad airstrike Collateral Murder video (April 2010), the Afghanistan war logs (July 2010), the Iraq war logs (October 2010), and Cablegate (November 2010).

The leaks detailed alleged US war crimes committed in the course of the Afghanistan and Iraq wars, for which no prosecutions have been carried out. Instead, the focus has been on the messenger.

Also, Mr Assange is not accused of having stolen classified information himself, but simply instructing Chelsea Manning, a US intelligence officer, on how to avoid detection while doing so. His actions were the same as the actions of many investigative journalists in advising whistleblowers.

In the US, the charges against Mr Assange carry a maximum sentence of 175 years.

Successive Australian Governments have refused to intervene in the case, or even supported his prosecution.

Even now, the Morrison Government and its ALP opposition will only go so far as to pledge unspecified “consular assistance” to Mr Assange, but nothing to defend him.

The Greens support having the Australian government protect its own citizen.

“The prime minister must get Assange home,” Australian Greens leader, Adam Bandt, said over the weekend.

“An Australian citizen is being prosecuted for publishing details of war crimes, yet our government sits on its hands and does nothing.”

Independent MP Andrew Wilkie also called on the PM to “end this lunacy” and have the US and UK release Mr Assange.

“Journalism is not a crime,” Mr Wilkie said.

“Again the United Kingdom proves it’s a lackey of the United States and that Australia is delighted to go along for the ride.”

Mr Assange has until December 23 to appeal against last week's judgment.