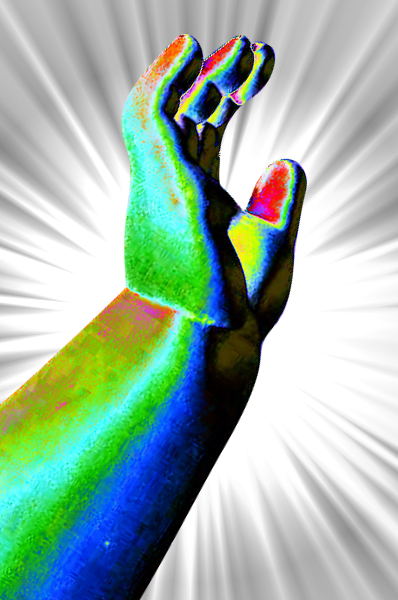 Biomedical engineers have unveiled a ground-breaking new device over ten years in the making.

The machine is a 3D printer that works with simple biological tissues like cartilage, turning them into large complex shapes - like a human ear.

The new device is called the Integrated Tissue and Organ Printing System, or ITOP.

It uses cartridges packed with biodegradable plastic and human cells suspended in a gel, extruding them into complex chunks of growing muscle, cartilage, and even bone.

The lab-made body parts have been implanted into animals, where the fabricated tissues were shown to survive and thrive indefinitely.

A report on the project at the Wake Forest Institute for Regenerative Medicine in the US has been published in the journal Nature Biotechnology.

First, they needed to manufacture large, stable chunks of printed tissue that would not fall apart, and then keep those large structures alive and growing.

“Basically, once we've printed a structure, we can keep it alive for several weeks before we implant it. Now the next step is to test these [printed tissues] for safety so we can implant them in the future in patients,” research leader Anthony Atala said.

The programmable printer brings the advantages of additive manufacture to the biomedical world.

ITOP slowly produces layer upon layer of a rapidly hardening material, allowing it to print highly-complex shapes in three dimensions with incredible detail. 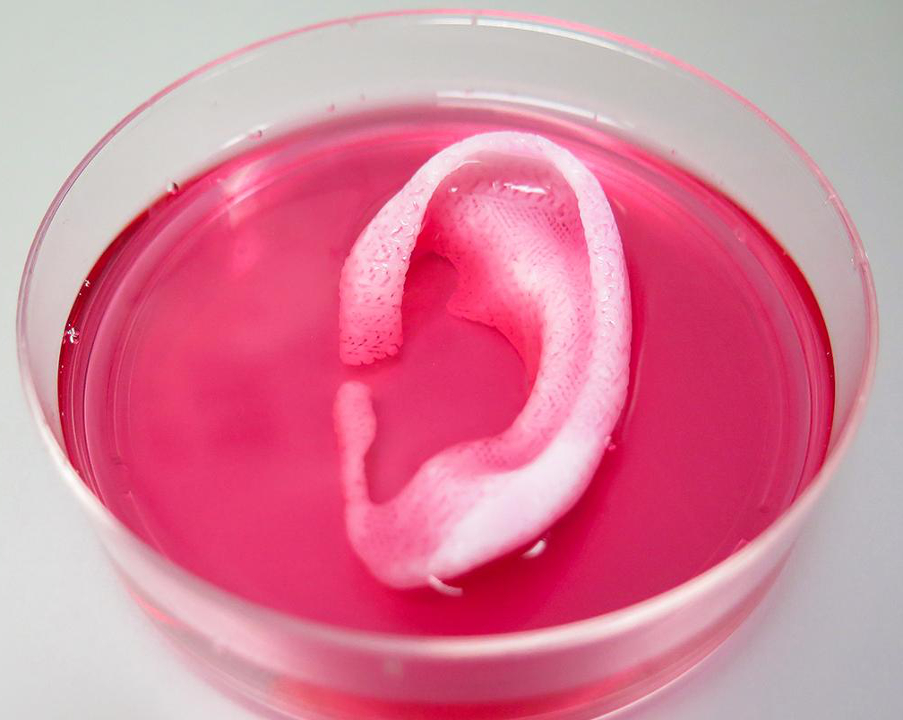 This is not the first machine of its kind, but it has giant advantages over its predecessors.

Previous bio-printers limited by the size of the living tissue they can create because living tissues need a supply of blood and nutrients to stay healthy, but 3D tissue printers do not have the resolution to print complex features like arteries and blood vessels.

ITOP gets around this size limitation by building a latticework of microscopic valleys into the bone, muscle, and cartilage it prints.

With the addition of biodegradable plastic scaffolding for support, the tiny valleys allow blood and nutrients to flow. This means tissues can be kept alive for months before being implanted, and “indefinitely” after implantation, Atala says.

In demonstrations so far, the team printed infant-sized ears, chunks of replacement jawbone, shards of skull and strips of muscle.

They were all crafted from stem cells that can develop into almost any different cell type.

“The tissues mature to the same level as normal tissue would,” says Atala.

In one demonstration, the team created a throwback to the Vacanti mouse, printing an infant’s ear out of rabbit cartilage and implanting it under the skin of a mouse.

Months later, the cartilage still looks just like an ear, and it now has growing blood vessels attached to it.

Similarly, rats were implanted with fragments of bone printed from human stem cells, and veins started to take hold.

The future-focused research team is testing the long-term safety of ITOP, with plans to start developing tissues for human implantation.

Down the line, the researchers say they will use stem cells taken directly from a patient, though applications for simple tissues like bone will not have to wait that long.