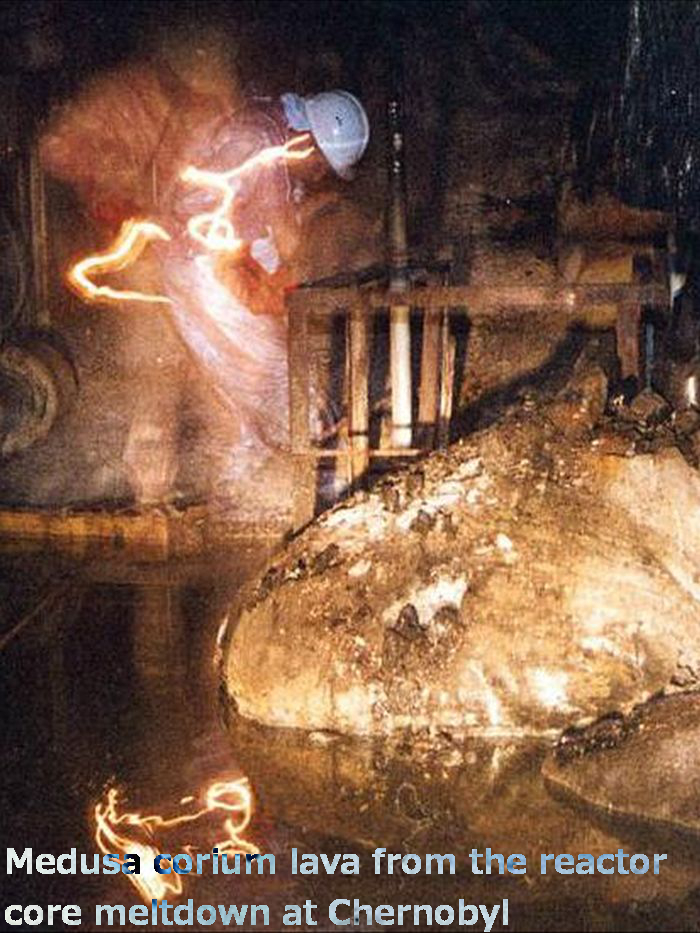 A new report details some of the mind-boggling conditions inside a nuclear reactor during a meltdown.

Research from the US Department of Energy has shed light on the chaos for the first time, in an attempt to improve nuclear power safety protocols.

In an innovative experiment, researchers discovered that uranium dioxide fuel behaves much differently when molten than in its solid state.

The study has been published in the journal Science.

“In extreme events like Fukushima and Chernobyl the uranium dioxide literally melts, and we wanted to study the material to really understand it,” said the paper's lead author Dr Lawrie Skinner.

“We can now pin down a little bit more accurately what the properties and temperature of the melt will be. Any sensible reactor design should take into account the real structure, physical properties, and behaviour of this melt,” he said.

Usually, extreme heat and radiation makes it impossible to study uranium dioxide in a molten state. It melts at over 3000°C, much too high to even be contained unless it is in extraordinarily dense, purpose-built materials.

In the latest test, Skinner and the team avoided the container problem by floating a tiny 3mm bead of uranium dioxide in a gas stream.

In the suspended state, the little uranium ball was heated with a laser.

The melting of the uranium dioxide fuel is the first stage of any nuclear meltdown.

The team found that molten uranium dioxide has some distinct and unexpected differences in the arrangement of oxygen atoms around the uranium atoms, compared to its solid state.

“We found that when the uranium dioxide melts, the average number of oxygens surrounding each uranium atom is reduced quite dramatically, affecting physical properties like viscosity and diffusion of the atoms at these extreme conditions,” Dr Skinner says.

“In uranium dioxide each uranium is surrounded by eight oxygen in little cubes, and many of these little cubes connect together to form the crystal structure. However in the molten state, there's a mixture of six and seven oxygen around each uranium atom.”

In a full-scale nuclear meltdown, such those at the Chernobyl or Fukushima Dai'ichi plants, molten uranium dioxide melts and reacts with the zirconium metal cladding on the fuel rods.

When this mixes with the surrounding steel and concrete structure, it forms a kind of lava that scientists call ‘corium’.

Corium is so intensely radioactive that it is sometimes called ‘Medusa’, as anyone close enough to see it would likely be killed.